Between Fact and Fiction: The Fabrication of Migrant Knowledge in Professional and Personal Correspondence

Before the digital age, there were many reasons why a migrant might write letters home to share knowledge acquired in—and about—the host country. Personal letters could be used to relay information about local conditions to family, friends, and colleagues eager for news, or to recount things learned in order to boast, seek help, or facilitate chain migration. Professional foreign correspondents, writing in the “Letter from…” periodical genre popular in the nineteenth and twentieth centuries, actually earned their living by informing their home readerships of political, social, and cultural developments in the country where they were based. Many such correspondents were not just journalists posted temporarily on assignment but immigrants who had established themselves permanently in the country from which they reported.1

When dealing with either kind of letter, personal or professional, the researcher must always confront the question of so-called truthfulness. To what degree was the knowledge about country A that was disseminated via personal or public networks in country B factually accurate? What might the causes and ramifications of any conscious fabrication or unconscious misrepresentation have been? In the case of personal letters, as with any type of autobiographical production, one would expect some distortions to arise as a result of self-fashioning for the intended audience. Ideological considerations might exert pressure on both kinds of letters, as would official censorship (or the fear and expectation thereof expressed in self-censorship), especially in the case of public-facing newspaper correspondences. Simple mistakes, lapses of memory, misunderstandings due to language difficulties or cultural ignorance must be taken into account, as must willful embellishments, concealments, or fictionalizations intended to impress a friend, mislead the authorities, or underscore an argument in a journalistic polemic. In short, the information about the host country a migrant transmits back home, in a personal as well as a public capacity, is always shaped by numerous competing pressures. And it is in the borderland between fact and fiction that the most interesting transformations of knowledge often occur.

To illustrate this, we can consider two specific examples drawn from the letters—professional and personal—of Russian foreign correspondents resident in Britain prior to the Revolution of 1917. Isaak Shklovsky (1864–1935), known by his pen name Dioneo, settled permanently in London in 1896 and contributed regular “Letters from England” to what was arguably the most significant monthly journal in early twentieth-century Russia, Russkoe Bogatstvo, as well as to a number of other influential newspapers and periodicals. He was considered a preeminent authority on Britain in the Russian press and became one of the earliest members of the Foreign Press Association, founded in London in 1888. Samuil Marshak (1887–1964), on the other hand, was a young student at the University of London in the early 1910s, who supported himself through his studies by contributing brief pieces to the dailies back home, while engaging in a voluminous personal correspondence that complemented the newspaper sketches and provided an equally fascinating portrait of British “manners, folklore and nature.”2

In 1903, Shklovsky offered the Russian readership of his “English Letters” a detailed account of the first few issues of The Eagle and the Serpent, an egoist journal endorsed by George Bernard Shaw that came out in London from 1898 to 1902 and is now remembered chiefly for its role in the history of individualist anarchism and as an early conduit for the ideas of Nietzsche in Britain.3 Shklovsky attributed the journal to a man called Hector Fewster, the editor and publisher whom he supposedly met at an outdoor pitch in 1898 and got to know fairly intimately, and who emerges as a fully fleshed-out character over the course of the correspondence. Shklovsky describes Fewster’s looks, conversation, and biography, even crediting him with the authorship of A History of Russia. What his readers could not have known is that the actual editor of The Eagle and the Serpent was a very different man, the American anti-socialist activist John Basil Barnhill, who published under the pseudonym John Erwin McCall.4 Fewster was, in fact, an invention, a handy composite type (his name was probably inspired by the magazine’s associate editor, Malfew Seklew, aka Fred M. Wilkes, a globe-trotting public orator and proselytizer of egoist anarchism). Even his History of Russia, though a real book, was in fact written by William Morfill, the Oxford professor of Russian and British correspondent of the Russian symbolist journal Vesy.5

Shklovsky seamlessly incorporated these fictionalizations into an otherwise factual account of the magazine’s Nietzschean philosophy. Although Shklovsky’s correspondences contained occasional inaccuracies, one cannot write off this kind of egregious amalgamation of the real and the invented as a product of sloppiness or carelessness. Shklovsky obviously had several issues of the magazine in front of him and quoted from them verbatim, so he could hardly have missed the name of the editor on the masthead. In fact, the attribution of real publications to fictitious authors (and vice versa), the composition of life stories for individuals who only existed as names he had come across in surveys of the British press, and even the outright invention of representative character types, were all common devices in Shklovsky’s correspondences, ones he resorted to intentionally time and again in order to personalize his material, lend a narrative impetus to dry sociological or political analysis, and make the “numbers live,” as he put it.

Such fabrications could also serve structural and polemical purposes. The creation of Fewster enabled Shklovsky to incorporate into his Letter other notable happenings of the time, such as the arrest and trial of George Bedborough, the editor of the free love journal The Adult. The willful misattribution of the History‘s authorship strengthened the Letter’s critique of the eccentric British penchant for amateur hobbyism while sparing the real author any embarrassment. Other similar “errors” tended to be slotted into the midst of otherwise accurate descriptions to reinforce value judgments about British culture or institutions. If his own research and experience did not yield sufficiently compelling copy, Shklovsky was not afraid of resorting to fictional embellishments in order to present Russian readers with a kind of knowledge that he clearly considered “true” in spirit, if not in fact.

Marshak’s personal letters provide a telling example of a very different kind of blending of fact and fiction. This arose not from the creative playing around with “the truth” that typified Shklovsky’s professional correspondences but from confusion engendered by the very process of knowledge transmission itself. In May 1914, Marshak travelled on foot along the banks of the River Shannon in Ireland and described his experiences in letters to his wife and sister. In one such letter, posted from Glin in County Limerick, he wrote:

Glin is famous for the fact that a while ago some gentleman married a serving girl here, then regretted it, killed his wife and threw her body in the river Shannon. People from the castle belonging to the local knight of Glin fished out the corpse. The gentleman was discovered and taken to be tried in the town of Limerick. There the horses refused to cross the bridge across the Shannon, and the gentleman-criminal was forced to walk to the courthouse on foot. Eventually he was executed. His wife's name was, I think, Colleen Bawn.6

The Colleen Bawn (“Colleen Bawn” is Irish for “white girl”) was one of the most famous stage melodramas of the nineteenth century, written by the Irish playwright Dion Boucicault in 1860 and based on a novel that itself drew on a real case involving the murder of a girl named Ellen Hanley in 1819.7 The subject was also treated in the popular opera The Lily of Killarney (1862), though none of these adaptations were faithful to the facts of the real case. There is no indication that Marshak was aware of any of the popular stage versions, and the rest of his letter is taken up with transcriptions of his encounters with the locals. It is therefore probable that he had heard or read a garbled version of the original story on the spot. His substitution of the moniker for the victim’s real name and other inaccuracies in his account (not the gentleman but his servant killed the girl, and the horses refused to cross the bridge on the way to the gallows, not the courthouse) provide a fascinating snapshot of the distortions that can arise in the course of formulating and transmitting the narratives of regional history.

It is conceivable that Marshak introduced the confusions into the narrative himself. It is more likely that he fell into a trap laid for the unwary foreign tourist, swallowing the garbled version of the local legend as he found it in his guide or as he heard it from his Irish oral sources. Either way, it is evident that the anecdote that made its way to Marshak’s personal correspondents, and might eventually have reached a much larger audience in Russia, if the outbreak of war had not prevented the publication of his Irish travel sketches, had been through the crucible more than once. Different elements of Irish history, literature, drama, and unidentified hearsay had been melted down during various stages of transmission and merged again to form a new story in the letter of a Russian migrant.

These two illustrations may serve as a reminder to investigators of migrant knowledge production not to stumble into the kinds of traps that Shklovsky consciously set for his readers and that Marshak unwittingly reproduced in his letters. Information about the host country found in migrant correspondences should always be taken with the proverbial grain of salt.

Anna Vaninskaya is a senior lecturer in English Literature at the University of Edinburgh. This piece arises out of her current project, London through Russian Eyes, a translated anthology of foreign correspondences from the beginning of the twentieth century (for the London Record Society). 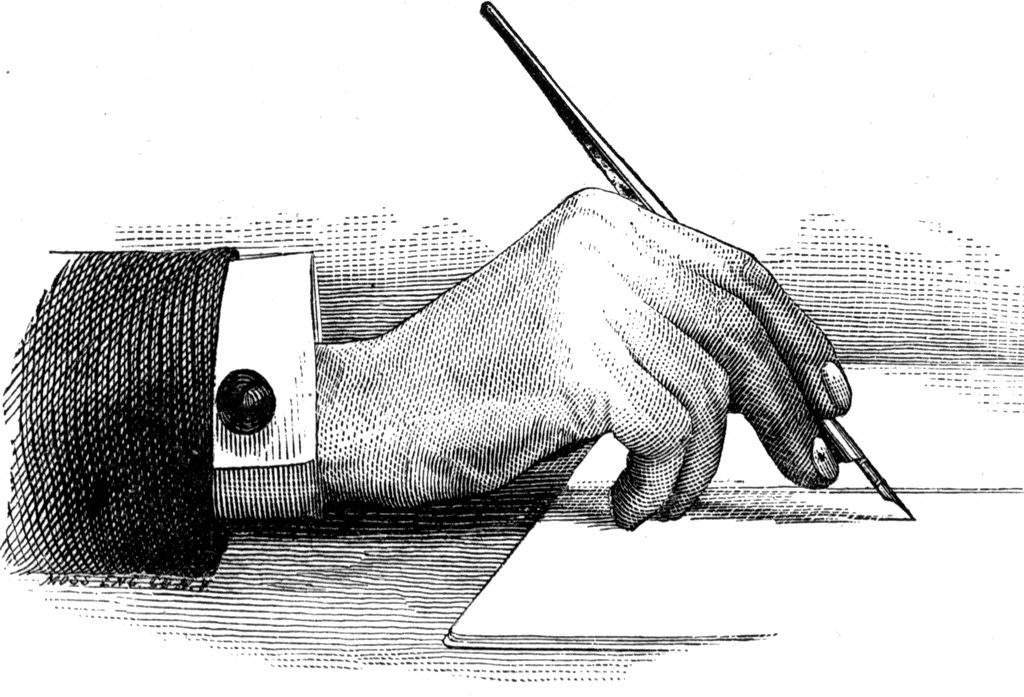 Oct 5, 2022
Anne-Christin Klotz
Trying to understand German migration to the United States in the nineteenth century raises the problem of how the U.S. migration regime shaped the data that researchers rely on in the first place.

Sep 19, 2021
Sebastian F. Bondzio
Hirschfeld's encounters with Islam and Muslims in Indonesia, India, and the Near East "taught him how closely connected the issues of sexual and cultural diversity were."