The Trade-Off Called Love? Knowledge about Love, Migration, and Borders

“I feel like a bank account you opened in 1979,” says the filmmaker Alex Pitstra to his father Mohsen Ben Hassan in his 2016 Bezness as Usual. He had not seen his father since early childhood, not until he decided to contact him and travel to Tunisia. Shortly after his decision, he received a letter from Mohsen that he was glad to hear from his son and would like to see him. Alex had grown up in the Netherlands without his father, but with memorable, mostly negative stories about him told by his mother: Mohsen figured in these as a thief, a criminal, and an alcoholic; as lazy, dangerous, unpredictable, and irresponsible. For a long time, Alex kept his life free of every trace of his father, even his birth name, Karim Alexander Ben Hassan. Until his initial arrival in Tunisia, he had imagined his father with a beard, a camel, and a Kalashnikov, he says in the film.

The first encounter between the father and his son in Tunis in 2005—after twenty-one years without any contact—is portrayed as a happy reunion with a lot of tears. It turns out Mohsen lives a modest life with his wife and a daughter in a residential area close to the city of Sousse. From now on, Alex will visit his father regularly. He even agreed to bring together Mohsen’s whole family.

There is a daughter from a different European woman. She lives in Basel and is also not in contact with her father. After an initial encounter and some persuasive conversations between Mohsen and Jasmin, she agrees to come to Tunisia too. Again a happy reunion. And Mohsen Ben Hassan seems relieved. Little by little, however, the past catches up with the reunited family. Deep wounds as well as complex and intimate topics rise to the surface: childhood, fears, love, loss to borders, inequalities, racism, and sexism.

The Story of the Family and the History of Mobility

The story of this family is inseparable from the recent history of the European border regime, that is, the effects of closing borders. The film also tells a part of the history of mobility between the continents, beginning with scenes from the 1970s on the coast in Sousse: huge hotel complexes, camel riding and music performances, the beach full of tourists, especially women from Europe. His mom was one of them, Alex tells us: “They walked hand in hand with beznessa, guys who knew the way of the world.” He means young Tunisian men who entered into relationships with European women. Today there is less tourism and so also less business for beznessa, says the filmmaker, but it is still there.

When the European Union closed its external borders in the 1990s and visa policies became more and more restrictive for people from non-European, especially African states, the result was not only great inequality of access to mobility but also a change in the minds and interpersonal relationships of people from Europe and North Africa, as the Tunisian activist and artist Riadh Ben Ammar observes. There had been a back-and-forth across the Mediterranean in the seventies and eighties, with Tunisians even welcome and wanted in Europe, for example, as “guest workers.” Since then, mentalities had changed.1 People from Europe became nothing more than “rich tourists,” and people from Tunisia figured only as “illegal migrants” intent on finding a way across the sea.

These simplified images also mark the discourse around bezness, which does not just denote young Tunisian men involved with European women. In the family, Mohsen is actually famous for his success with European women when he was young. But he doesn’t want to use the term. “Bezness” describes the practice of mostly young North African men participating in relationships with mostly older European women.2 What’s more, the discourse around bezness  in Europe explicitly characterizes these relationships as one-sided business transactions in which the naive, unfortunate European woman falls in love with a young Arab man, the latter pretending great love in order to obtain money and a visa. A wide range of films and documentaries in European media address this practice, mostly from the perspective of the ostensibly cheated women. There is even a website called “One Thousand and One Stories” (1001Geschichte.de), founded by the German activist Evelyne Kern, who has been campaigning against bezness  for many years. Women’s stories are collected on “Europe’s biggest platform against marriage fraud and bezness,” and perpetrators can be registered on a black list there.

Bezness is a controversial topic. On the one hand, the practice of using a romantic relationship as a migration strategy really exists, resulting in part from unequal access to mobility in Europe and Africa, not to mention general socioeconomic inequalities. On the other hand, the European public discourse on this topic demonizes and stigmatizes men from North African countries, reproducing racist and culturalist stereotypes. Very rarely do couples in a successful binational relationship get a chance to speak in this context, let alone the men accused of fooling women.

The film Bezness as Usual  makes different knowledge about its topic visible. It is told from a European perspective, under the direction of a Dutch filmmaker; however, the filmmaker’s Tunisian father, himself characterized as a beznessa, has the chance to explain himself. From the beginning Alex describes the encounter between his parents as bezness  and confronts both with the social beliefs connected to such relationships as well as with the stories he learned about his father in the latter’s absence. Alex and his sister Yasmin were both told by their mothers that their father wanted to kidnap and bring them to Tunisia. Listening now to Mohsen’s own account, however, it is suddenly not clear anymore whether the mothers’ accounts are true or not. The father tries to explain how difficult life in Europe was for him. Given his circumstances, it was “normal” to be unemployed and poor as well as stigmatized as a “fraudster” or even a “terrorist.” For Alex’s mother, the reason for Mohsen’s and her misfortune in the Netherlands was his individual failure, but for him it was discrimination and racism. Mohsen was later deported back to Tunisia.

The film shows how deeply the European border regime—and the racist discourses and images it (re)produces—influences and complicates human relations. In this way, the film allows contradictions between and ambiguities in different forms of knowledge to emerge without judging. Besides attempting to understand the perspective of the filmmaker in search of his father as well as that of the father himself, it intersects with the sometimes clashing perspectives of many others. There is the second child Jasmin, a doctor and feminist who grew up in Switzerland without her father; the new wife and youngest daughter who welcome the new family members unconditionally; the Tunisian aunts and sisters who express their views on the practice of bezness; and the lonely mother whose relationship to her son changes dramatically when her ex-husband enters her life again.

Even though this film renders perspectives visible that are otherwise quite invisible in the European context, it’s still the film of someone who grew up in Europe. What would such a film produced by a young Tunisian woman who grew up without her European father look like? Which knowledge would become visible from such a perspective?

The Economics of Love and Migration

Despite the commitment they feel to their new Tunisian family, both Alex and Jasmin cannot help but feel exploited by their father. “We are functional extensions of our mothers in the sense that we are also providers of business,” says Alex to Jasmin once. Material support for their father is a constant thread in the film. Presents are expected each visit; there are ongoing requests for financial support; and the father comes up with an idea to connect his children’s visits from Europe with a new business. This last suggestion leads to an escalation between Mohsen and Alex. When the son accuses his father of exploiting him and explains that he has had this feeling his whole life, Mohsen says: “Of course. You support me, I support you. We stand up for each other in good times and in bad times. That’s how love works.” This conflict leads to a break between the two protagonists. The filmmaker leaves the country, and for a while it is not clear if he will ever go back. But then the film takes a turn.

By coincidence, Alex is able to obtain a translation of the conversation that happened just after their fight. That is when his father told the production assistant that he didn’t understand why his son was so angry about being asked for money: “He makes money by making a film about me. He makes money out of me.” Now Alex understands his father. He reflects on what his father said: “You scratch my back, I’ll scratch your back. Isn’t that how every relationship works?” Isn’t giving and taking the basis of every relationship? Isn’t love always a trade-off with its own economy in which ideally all participants profit? Shouldn’t the question instead be why this trade-off in love is legitimate in certain circumstances but not in others?

The filmmaker finds answers and shares his discoveries by making the film. Bringing together the perspectives and life stories of very different individuals and placing them in the context of global political and economic developments, Alex Pitstra becomes a producer of the knowledge represented in the film. He takes a form of knowledge about love and financial relationships “from below” and makes it visible both to himself and the viewer. This knowledge is helpful for understanding not only romantic and familial relationships in the context of migration but also love in general. From my point of view, however, the great strength of this film is that its various, partly contradictory narratives unsettle the viewer, destabilize certainties, and raise stimulating new questions through the visualization of perspectives and knowledge still invisible, hidden from public discourse.

Miriam Gutekunst is an assistant professor and postdoctoral researcher with the title of Akademische Rätin at the Institute for European Ethnology and Cultural Analysis, Ludwig Maximilian University of Munich. 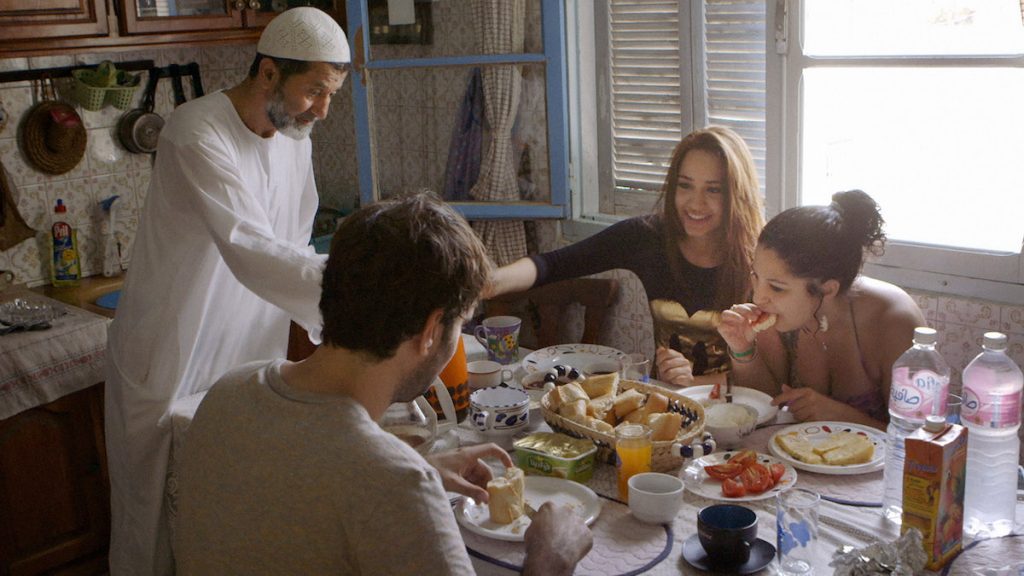 New Book from the Network: Yiddish Press in Poland in the Nazi Era

Oct 11, 2022
Anne-Christin Klotz
Many European émigrés escaping the Nazis helped shape consumer capitalism in the United States. After the war, they did business in Europe as well, circulating their transformed knowledge to shape marketing there.

European Émigrés and the Transatlantic Circulation of Knowledge: Examples from Mid-20th-Century Consumer Capitalism

Apr 29, 2020
Jan Logemann
"Migration" is not a stable, preexisting category but rather a product of societal processes that shape what the term comprises. We must take these entanglements with the past into account in our present-day research.

Not a Given Object: What Historians Can Learn from the Reflexive Turn in Migration Studies

Oct 27, 2020
Isabella Löhr and Christiane Reinecke
Schütz shows how GDR officials' knowledge of violence against guest workers failed to change their perception of them or the nature of the country. Instead, they blamed the workers.