Ali Can is a Turkish-German activist and author, born in Turkey and raised in a western German town, where his Kurdish Alevi family sought asylum in the mid-1990s. In 2016, following the “great migration” in the summer of 2015 and the rise of anti-Islam and far-right political movements in Germany, especially Pegida, he launched Hotline for Concerned Citizens. With this helpline, Can invited Germans to call him and discuss their hostility to or concern about people of different ethnic or religious backgrounds. In 2017, he published excerpts from his phone conversations in Hotline für Besorgte Bürger.

In 2018, he initiated the #MeTwo movement on social media. Non-white Germans and those with a “migration background” used this hashtag to share their experiences of everyday racism and discrimination in Germany, especially in schools, higher education settings, and the workplace. The #MeTwo hashtag symbolizes the hybrid identity that Can and many other Germans of Turkish origin feel, having been raised in two cultures. The campaign gained wide recognition in national media and was eventually addressed by the German President, Frank-Walter Steinmeier. Can’s public engagement led Politico to include the then twenty-five-year-old in its list of the twenty-eight people “who will shape Europe” in 2019. Politico called him “disruptor #6.” If it missed the point somewhat with the label “Turkey (Germany)” for his country in the accompanying graphics, it nonetheless employed a hyphenated term, “Turkish-German,” to describe him in the text.

In 2019, Can reflected on his hybrid identity in his book Mehr als eine Heimat: Wie ich Deutschsein neu definiere, meaning roughly More than One Homeland: How I Redefine Being German. This title refuses to concede the ubiquitous, evocative, and frequently loaded term Heimat to right-wing identity politics and its representatives’ understanding of homeland, native country, home town, or belonging.

Shortly before the pandemic, Victoria Harms, DAAD Visiting Assistant Professor at Johns Hopkins University, spoke with him on the occasion of his reading tour in the United States. In their conversation, translated by Harms into English and lightly edited by us, Can talks about his anti-racism activism, his sense of belonging to two cultures, and the importance of migrant knowledge in today’s Germany.

Harms: You first gained public recognition in 2017 when in response to your experiences and conversations at a few Pegida rallies you created the Hotline for Concerned Citizens. Why did people take up your offer to talk with you?

Can: First of all, they feel they are justifiably concerned citizens. They watched my video, in which I said that I wouldn’t be judgmental. For me, the hotline is a safe space where different opinions can be expressed without me immediately categorizing people as “left” or “right.” I guess people don’t realize how few common safe spaces, accessible to all, we have, places where you can go and discuss things with another person whose opinions may differ from your own. It is hard to break out of your bubble. For some, the hotline offered such an opportunity. Along those lines, we are also trying to provide such a space in the VielRespektZentrum [Much Respect Center] in Essen.

Harms: Do you think callers thought you have “special migrant knowledge” as someone with “two hearts beating in your chest,” like you say?

Can: I believe it is important that I am quite articulate and approachable and meet others halfway. And yes, I come across as credible and authentic because I always emphasize that, although I did grow up in Germany, from early on I learnt to grapple with different value systems because of my place of birth and my parents’ culture.

People appreciate the metaphor of having two hearts beat in your chest, because initially it seems to confirm what they see as a contrast or a contradiction. Superficially, it seems to confirm their prejudices: you cannot be of two worlds. But thousands and thousands of people in Germany with a migration background, like myself, prove the opposite every day. One does not have to choose one identity at the expense of another. Identities are complex and they change. Identities are neither exclusive nor truly stable.

Harms: In your first book, you shared conversations with so-called concerned German citizens. You helped them to better understand refugees, immigrants, and their descendants, that is, people who are not immediately recognized as “Biodeutsche” [literally “organic Germans,” a multivalent neologism for white Germans that is sometimes used ironically outside of racist nativist contexts]. How do you deal with the dilemma of identifying as German but often not being perceived as such?

Can: In a way, I am like mirror that reflects certain ideas without taking a side—neither the side of the “natives” nor the side of immigrants. I listen to whatever you say and then reflect it back critically.

Moreover, I try to explain that there is no such thing as “Biodeutsche.” Although it was initially used mockingly, one has to reassess the term and its connotations because it creates a dichotomy between who is [ethnically] “pure” and who is supposedly not. The New York Times featured an article on my #MeTwo campaign and the voices and stories it amplified. The campaign allowed people to express and show pride in the “two halves of themselves—their ancestral and German identities.”

To that end, I share my experiences and argue that I, too, am “biodeutsch”: I have been socialized in Germany, I have lived here basically all my life and I strongly identify with the values of the Basic Law. I see myself as a “plus”, an idea you once raised in an earlier conversation: I am “German plus something else.”

Harms: In an ideal world, school is often considered the place that prepares children for adulthood, the job market, and a meaningful life. Did what you learned in school help you understand the challenges in your life?

Can: School definitely taught me basic competencies and skills: reading, writing, independent thinking, meeting different people and understanding their diverse needs, working together and expanding your horizon—these are basic competences that are indispensable in life, to mature emotionally and intellectually, and to develop your personality. It prepares you for a life of learning and growing.

But there was little in the way of learning about solidarity, empathy, being prepared to help others [or] to fight discrimination. As someone who has experienced discrimination, I had to find my own way to contribute toward an open society and the fight against racism. School is great, but it is still a rather antiquated system with outdated subjects. Conflict resolution, raising awareness and promoting understanding would constitute worthy school subjects on their own. But unfortunately many dismiss such soft skills. Departments of education, in particular, do not see the benefit in them because you make more money off STEM subjects like physics and math.

Harms: You once went to university to become a teacher. How did your studies, if at all, help you in understanding the complexity of German society and your own identity?

Can: Quite frankly, nothing in my studies enhanced my understanding of German society as such. I did an internship in different schools, where I got to meet a diverse crowd of instructors and students. Unfortunately, most of them only fulfilled type-specific functions assigned to them within the system. Society out there functions differently. I think that in contrast to my two majors, German and ethics, my classes in sociology and pedagogy helped me to understand why society (not understood as inherently German but rather as an aggregate of people) operates the way it does.

Harms: In your new book, you talk extensively about your parents and their experiences. What should people learn from their and other migrants’ stories?

Can: We focus too much on an abstract, top-down notion of integration. Integration depends on the circumstances in each and every individual case. It differs from case to case and yields different results.

In the case of my parents, they have worked really hard and integrated into the existing structures, which allowed us children to grow up here and become, feel, be German. For my siblings and I, it was very different than for my parents. But all of us identify with democracy and freedom, are kind to other people, and want to stay and live in Germany. All of us are integrated, we are all part of Germany regardless of specific accomplishments or German language competency.

It is important to remove moral judgment from questions of integration. Germans without a migration background should not feel entitled to judge immigrants like my parents just because they do not speak fluent, perfect German. Because of their broken German, they are often dismissed as not truly belonging to Germany, as if they were mere visitors.

Because of that judgmental attitude, many still believe they are entitled to assess whether someone else is truly integrated or not. But they judge people superficially—something you would not do with Germans without a migration background. No one would label a 55-year-old German who spends his entire leisure time in his dacha and does not socialize as “unintegrated” and unwilling to embrace the country’s culture. Yet many Germans feel entitled to make that claim about migrants like my parents or myself.

My parents run a döner kebab restaurant and have created a social space. Döner restaurants, like bakeries and butcher shops in Germany, are the new social meeting places. My parents welcome everyone and provide a space for all sorts of people to enjoy their meals and chat! Their restaurant creates community and shared experiences. It is a great illustration of how we can get along despite our supposed or superficial differences.

Harms: Do you think that “migrant knowledge” is sufficiently appreciated in Germany today?

Can: Migrant Knowledge is extremely important because Germany’s strength is its diversity. Without the “guest workers,” German society would not be in such a comparatively comfortable position. You feel that in particularl in the Ruhr Valley, that’s why I like to say “Diversity is Germany’s new coal!”” Tolerance is “made in Germany,” one could really see that when so many refugees arrived in the fall of 2015.

To appreciate migrant knowledge, Germany would have to come to terms with being a destination country of immigration (Einwanderungsland). Unfortunately, we are not having that public debate. It is not an issue any politician likes to raise, and state institutions do not operate on that assumption. If we do not acknowledge migrant knowledge, right-wing populists will manipulate people’s understanding about how society should look like and who is part of the “we.” We must portray this knowledge in different media to address a lot of people.

Ali Can is on Twitter under the handle @alicanglobal, and Victoria Harms is on Instagram under @victoria.harms.

From Hoyerswerda to Welcome Culture: Asylum and Integration Policy in the Federal Republic of Germany
Annette Lützel

Suggested citation: , "‘I am German plus something else’ — An Interview with Ali Can," Migrant Knowledge, February 18, 2021, https://migrantknowledge.org/2021/02/18/ali-can-interview/.
PrevPrevious
Post
Next
PostNext 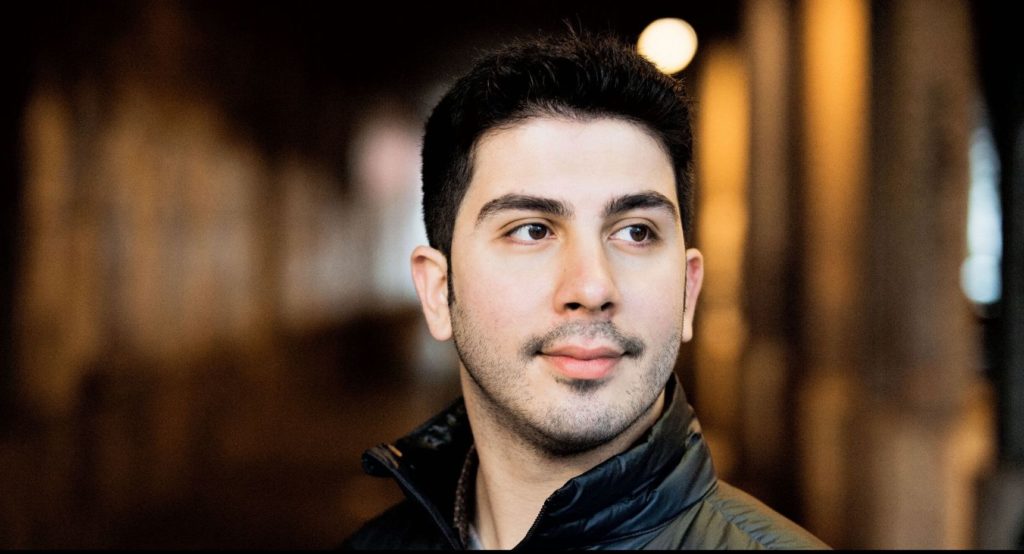 New Book from the Network: Migration Policy and Scholarship in Switzerland