After decades of persuasive scholarship on social construction, the claim that categorization systems are never neutral and rarely comprehensive representations of the world rings almost like a tautology. And yet, our decisions on how to handle this empirical-epistemological divide in our work often remain difficult because categories protect as much as they oppress. Is it not unwise to question categories in the hopes of demolishing their confining walls when those same walls also provide shelter?

Consider the following vignette from my fieldwork with young asylum seekers in Berlin:

To get a sense of his family background, the asylum interviewer had asked Paul, a young man from Guinea, to describe his parents. "Mon père, il était comme moi, un aventurier," Paul began. Not yet sure where the narration was going, the translator dutifully translated: "My father was like me, an adventurer." Later, however, when Paul also described his journey through Mali, Burkina Faso, Niger, and Libya, where he slaved away in a labor camp for six months to earn his boat fare to Europe, as his aventure, his adventure, the translator intervened: "Not adventure. I think you mean your flight." Paul looked at him confused, seeming unsure why he was being corrected. For the rest of the interview, Paul continued to refer to his leaving Africa and coming to Europe as his aventure, which the translator simply rendered into German as Flucht (flight) or Weg (journey). He probably knew that designating Paul's flight as an "adventure" would thwart his already slim chance of receiving protection.

With a view to the history of migration within and from West Africa, Paul’s diction is hardly surprising. In this region of the world, migration is seen by many as “a natural movement . . . an integral part of life,”1 and the aventurier is a well-known child of this mindset.2 Paul’s choice of words also should not per se invalidate his reasons for leaving Guinea or the ultimately traumatic impact of his flight—dare I say “adventure”?—across the Sahara Desert and Mediterranean Sea. Yet within the logic of the European asylum system, the notion that a real refugee set off on an adventure is an utter oxymoron.

The categories European administrations use to grasp and manage international migrants often show scant knowledge of, let alone regard for, the historical and contemporary meaning (or meaninglessness) of such categories in migrants’ own countries of origin. For example, marriages that are real in the eyes of the spouses may get sorted out as fake because they are not in line with European notions of love necessitating intimate knowledge of the partner.3 Likewise, linguistic exams that assign nationalities based on regional accents do not adequately engage with the complicated political realities regarding citizenship and documentation in much of Africa nor with the fact that the continent’s arbitrary national borders have also recently shifted, while migration across them is very common.4 Finally, to take an example from my own research, chronological age in Europe is used as a matter of course to adjudicate rights and access to resources—including for migrants, who, however, often come from countries where their exact age was neither recorded nor had much legal and cultural significance.5 Love marriage, national language, and chronological age are only three of numerous examples for categories that do not travel well between the Global South and Europe. It is precisely these kinds of tensions that have inspired calls for “provincializing” bureaucratic knowledge.6

And yet, despite these conceptual mismatches and scholars’ calls to address them, I too would hesitate—have hesitated—to refer to Paul’s migration as an adventure. The decision to question the category of forced migration, and the access to international protection it promises, is especially dicey, even when the binary nature of migration it implies rarely holds up in lived biographies. After all, someone who embarks on a dangerous journey in order to finally leave behind what he considers a miserable existence in a broken country can at the same time be propelled by personal aspirations and think of his path as an adventure, with all the courage and hope as well as the fear and uncertainty this term implies. Even Eritreans, whose protection quotas in Germany (at least before the 2019 reforms) came to 96.7 percent,7 are also motivated by “desires for modernity.”8 Other categories similar in this regard to forced migration include statelessness, unaccompanied flight and trauma—all highly complex when examined empirically, yet hard to question. After all, political asylum and the special protections afforded to unaccompanied minors, the stateless, and traumatized migrants are historic achievements not to be recklessly subverted.

The empirically fuzzy line between categories written into the law as binaries—voluntary versus forced migration, minors versus adults, unaccompanied versus accompanied minors, statelessness versus citizenship—allows for two possible interpretations, each quite uncomfortable. If categories only partially fit migrants, one might conclude that these migrants are merely feigning their trauma, minority, and persecution. Alternatively, if migrants who cannot be classified as traumatized, underaged, or persecuted are nonetheless highly vulnerable, then one could conclude that categories like trauma, minority, and persecution are altogether pointless. Each of these readings is a slippery slope to a world where people in need of protection must make an individual case to receive it—a circumstance requiring them to be legally adept, eloquent, and well-resourced rather than able to point to predefined categories of need that fit their difficult-to-tell and even more difficult-to-prove stories. How should migration researchers deal with the fact that migration is one of the great dividing issues of our time, and our research may be used within the pragmatic context of policy decisions? Should we conduct our research in the prior awareness of its potential uses and misuses?

As researchers, we should be committed to reporting what we see empirically, and this includes taking people’s diverse views seriously. After all, plurality of subjective experience is the raison d’être of ethnography and the spirit of critical historiography. But how can we migration scholars be true to our own empirical findings, including to the views of our participants (be they ethnographic contemporaries or historical subjects), while acknowledging that, in practice, even ill-fitting categories have protected people who might have been unable to get protection otherwise?

We first should continue to show that categories are not universal and thereby also open the possibility that not everything that clashes with bureaucratic truth or complicates bureaucratic identities is deceit. Such work should always include a historicization of categories—even for social scientists who think they are studying the present—and a critical examination of how historians and others use categories in their research. A great example can be found in a recent American Historical Review roundtable on chronological age as “a useful category of historical analysis.” There the authors criticize historians’ tendency to “regard chronological age as a simple fact that can be used to frame other topics worthier of study” and advocate instead for asking whether “age itself has a history that we need to explain.”9

Another fruitful approach for salvaging categories for migration scholarship could be to look back to what inspired them in the first place. We will generally find that they were meant to approximate something else, something we cared about more than the label that now stands in for the other thing. Doing so would make the terms more inclusive, not less. Conceived in this way, “stateless” encompasses people whose countries have failed their citizens; a “minor” is an adolescent not yet able (or permitted) to lead an independent life; “unaccompanied” minors are those whose guardians are unwilling or unable to care for them; and “trauma” is a remnant from the past that is experienced as a barrier to the future. In short, we should recover questions of definition to set alongside those of determination. Too sure of what it means to be stateless or a minor or unaccompanied or traumatized, states tend to simply search for expressions of these conditions, employing fancier technology and more specialized experts in the process. But what if our responsibility as researchers was to take a step back and ask whether the labels we so confidently wield still capture what it is we meant to name in the first place?

Ulrike Bialas is a sociologist and postdoctoral fellow at the Max Planck Institute for the Study of Religious and Ethnic Diversity in Göttingen, Germany. Currently, she is completing her book, Forever Seventeen: The Contested Ages of Asylum Seekers in Germany. 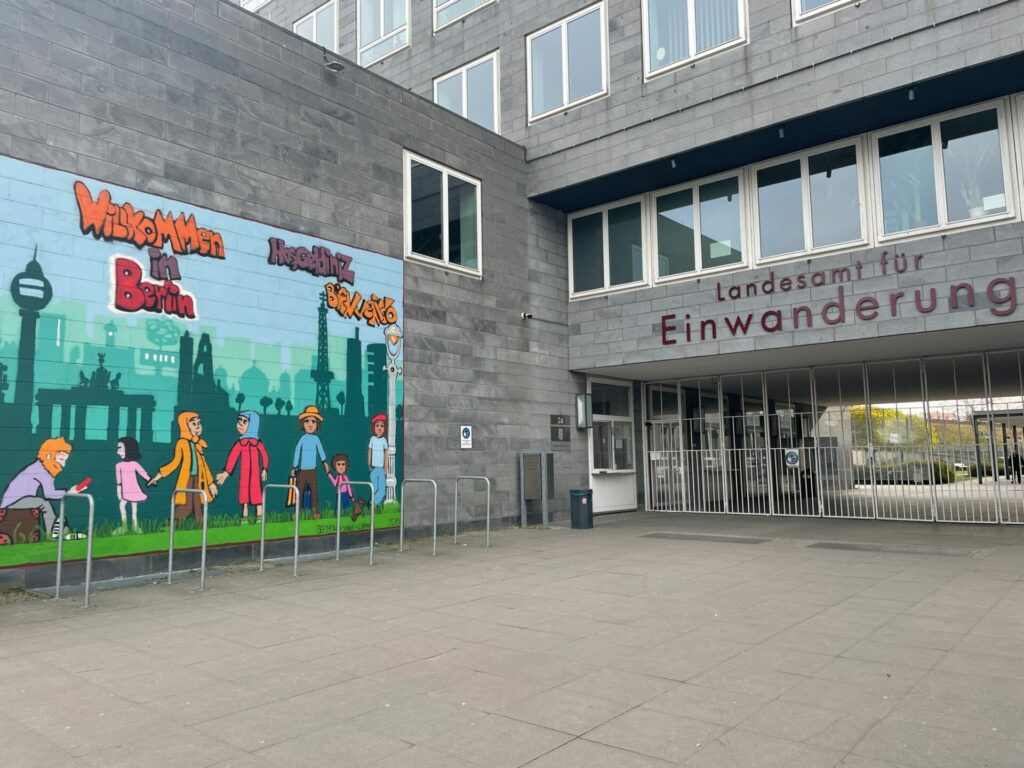 "Migrant knowledge figures as a category of absence" in Europe. In Germany, one core issue is knowledge about recycling requirements and expectations. Efforts to teach it "betray an unreflective understanding of cultural identity."

Sep 13, 2019
Joela Jacobs
Migration strategies and state regulative measures exist in a dialectical relationship. The author looks at state efforts to control emigration from the Habsburg monarchy and the efforts of migration facilitators to satisfy demand for passage to South America.

Mar 8, 2021
Ulf Brunnbauer
Victoria Harms talks with the Turkish-German activist and author Ali Can about race, diversity, and identity in contemporary Germany.

Feb 18, 2021
In this two-part piece about Jewish refugee photographers, the authors "travel to another historical context to inquire about what migrants and refugees 'knew' and how they choose to communicate their knowledge in their photographic work."