Marginalized Migrant Knowledge: The Reception of German-Speaking Refugee Historians in West Germany after 1945

Today we offer two examples of academic knowledge on the move in tandem with the History of Knowledge blog. Anna Corsten looks at the reception of two German-speaking refugee historians in West Germany, and Razak Khan discusses the place of certain travel experiences in Magnus Hirschfeld’s thought.

In Germany today, Hans Rosenberg (1904–1988) and Raul Hilberg (1926–2007) are viewed as important pioneers in the study of National Socialism and the Shoah. Because of their Jewish background, they had been threatened by Nazi persecution and had emigrated to the United States.1 In the postwar era, Rosenberg’s work was initially embraced in the United States and marginalized in West Germany, whereas Hilberg’s was both praised and attacked in the United States, and ignored in West Germany. How and why did these historians move from the margins to the mainstream of German historiography? How did migration figure in their work and its reception?

Not “a Tragic Accident”: Hans Rosenberg’s Perspective on German History

When Hans Rosenberg published his now well-known Bureaucracy, Aristocracy, and Autocracy  in 1958, he became a leading expert in the field of German history in the United States. Nonetheless, his work achieved little recognition in West Germany. Three West German historians open to sociological and economic approaches published reviews praising Rosenberg’s work.2 Those impressions, however, remained in the minority of a discipline still dominated by political and national history. Rosenberg himself later stated that his book had “not had a particularly happy career in Germany in contrast to America.”3 Moreover, it has never been translated into German. It was supposed to appear in the Kohlhammer publishing house’s Urban series, edited by the historian Fritz Ernst, but the publisher decided against the project. “I assume,” Rosenberg wrote to a colleague, “that Ernst found my approach, method, and interpretation too unconventional and, perhaps, too upsetting.”4

West German historians regarded the book as problematic not only due to Rosenberg’s methodical approach but also because he had drawn a line from the bureaucratic structures of Old Prussia to the Nazi regime. His overall aim was to correct the explanations of National Socialism that historians in postwar West Germany were offering. “I could not accept the naïve and shallow view that this frenzied outburst was nothing but a tragic accident.”5 For their part, West German historians depicted such notions of continuity as “harmful insults” that “do … not change a people for the better, but [deprave] it, if it loses its joy on [sic ] its own history and thus loses its self-confidence.”6

Rosenberg had studied with the then renowned historian Friedrich Meinecke in Berlin, writing a dissertation in the history of ideas, but he gradually developed an interest in social and economic history. After fleeing to London and then to the United States, he was able to study these approaches more closely with experts in the field such as Richard H. Tawney. At the same time, his perspective on German history was changing. His experience of migration motivated him to examine the decline of the Weimar Republic and the rise of National Socialism from a socio-economic perspective. In Germany, these approaches were not part of the mainstream historiography, neither before National Socialism or after. Instead, it was the academic structures and trends in his land of transit (Great Britain) and his land of exile (United States) that allowed Rosenberg to further delve into social and economic history, even as he brought influential German traditions of writing history across the Atlantic.

Although Rosenberg’s migration experience broadened his understanding of German history, West German historians used it to discredit his work. Gerhard Ritter stated that émigré historians could not analyze German history in a neutral and sober way because they had been estranged from the country for too long.7 Their experiences of persecution ostensibly overshadowed their judgement. In the face of such reproaches, Rosenberg’s work was marginalized in West Germany, especially in the 1950s. The main goal of leading German historians like Gerhard Ritter was “to protect our German history against harmful insults.”8 Defending their supposedly exclusive right to interpret Germany’s national history, they stigmatized Rosenberg as an outsider in the German field of history because of his status as an émigré scholar. Many German historians did not see the need for a broadened perspective anyway. Only a younger generation, among them Hans-Ulrich Wehler, later a leading representative of the Bielefeld School, reevaluated the implications of Rosenberg’s work for German historiography.

Pioneer and Outcast: Raul Hilberg’s Account of the Shoah

Like Rosenberg’s work, Raul Hilberg’s was also marginalized by West German historians, albeit for different reasons. Hilberg, a refugee from Austria who had studied under Rosenberg at Brooklyn College, chose to write one of the first comprehensive studies of the Shoah. His aim was to understand “how it was allowed to occur—and how we can prevent it from ever being repeated.”9 It was this topic, which had hardly been part of academic research in West Germany, that historians there tried to avoid.

After finishing his dissertation at Columbia University in 1955, Hilberg tried to find a publisher for his study, which was rejected several times until it finally appeared in a small publishing house, Quadrangle Books.10 Several historians and political scientists in the United States regarded the study as pioneering, but others criticized it, especially Hilberg’s thesis on the collaboration of Jewish leaders with the Nazis and the lack of resistance among Jews. They further attacked Hilberg for using only official German sources from the bureaucratic apparatus and thus for writing from a perpetrator perspective. And they called him out for employing a seemingly subjective, almost accusatory tone in some parts of his magnum opus.

In West Germany, the journalist Robert F. Lamberg and the sociologist Alphons Silbermann (who as Jews had both suffered Nazi persecution) reviewed The Destruction of the European Jews&#8201 and emphasized the need for a German translation, as did Urs Müller-Plantenberg, a member of the Socialist German Student Union.11 Despite the recommendation, a German edition of Hilberg’s book was not published for another twenty years.12 The renowned Institute for Contemporary History (Institut für Zeitgeschichte, IfZ) advised against a translation in the early 1960s. The anonymous IfZ referee alleged that Hilberg had not used relevant documents. In addition, German historians had already planned studies that would be more “modern” than Hilberg’s. Nevertheless, the referee acknowledged that German historians had so far shied away from dealing with the Shoah. In 1980, the IfZ once again decided against a translation, stating that interested readers could study the English version.13

In contrast to older émigré historians like Rosenberg, Hilberg was not directly attacked for being a Jewish refugee and thus incapable of working in a factual way. Instead, his topic had allegedly already been dealt with in great detail. This, of course, was not at all the case. Still, Hilberg was recognized as “Jewish émigré” when the first German edition appeared in 1982. A journalist, Hans-Martin Lohmann, found it characteristic and embarrassing that a Jewish refugee had written this important book instead of a German author.14 In this way, Lohmann reframed the meaning of Hilberg’s biography, especially his migration and Jewish background, casting them as motivations for writing the book. The implication was that the experience of being forced to emigrate and the emigration itself—with the knowledge gained before, during, and after—affected the work of historians like Rosenberg and Hilberg. Gerhard Ritter and other German historians had seen this connection too, but they regarded it differently.

The ‘Harm’ of Migrant Knowledge

Jewish refugee scholars like Hajo Holborn and Adolf Leschnitzer also modified their perspectives on and approaches to German history during and after emigration. They tried to transfer the knowledge they gained in migration back to Germany. In general, West German historians were less open to these approaches from émigré historians than American scholars were. In particular, any  views that appeared to harm attempts to rebuild a positive image for German national history were rejected or ignored. These same West German historians believed that refugee historians could help in the creation of a collective identity based on the nation’s past. For Gerhard Ritter, there were two kinds of émigrés: “Some who were harming Germany a lot, others who were of use to Germany.”15 The latter were in the minority; however, according to Ritter, they were able to speak more openly about “things” that a German author could not. In effect, German historians could benefit from refugees who presented German society as basically opposed to National Socialism but forced to follow.

Certainly, Gerhard Ritter’s statement was not wrong. Refugee scholars like Hilberg and Rosenberg addressed German history in a more open, but also critical way by hinting at structural problems that had led to National Socialism and eventually resulted in the Shoah. Apparently, their experience of discrimination, persecution, and finally emigration had motivated them to gain knowledge about what had happened to them and to their families and neighbors. West German historians, by contrast, sought “to protect our German history.”16 They were therefore inclined to obscure or even forget certain aspects of their past. In other words, the questions scholars asked and the knowledge they produced with their research and writing differed between those who emigrated and those who stayed behind. As a consequence, migrant knowledge was often excluded from West German discourses on National Socialism and the Shoah.

Anna Corsten is writing her dissertation at the University of Leipzig. Her Twitter handle is @corstenanna. 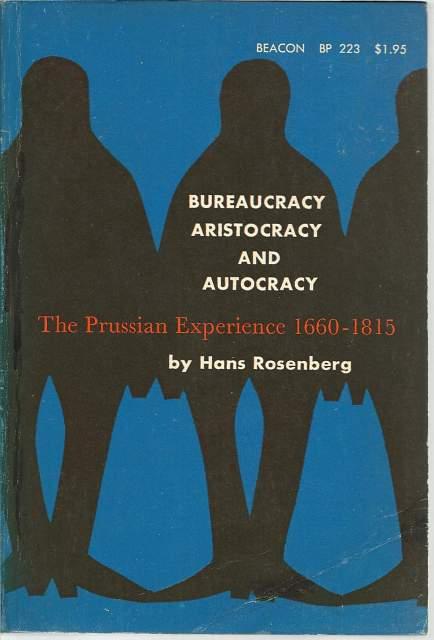 A researcher from Scotland, by way of Germany, examines a key text offered to international scholars at UC Berkeley during their initial orientation session there.

Sep 3, 2020
Sarah Earnshaw
Makes a case for not prejudging people smugglers in history or the testimony they left behind in state police records, using the example of Eastern and Central Europe in the interwar period.

Oct 30, 2019
Allison Schmidt
Migration strategies and state regulative measures exist in a dialectical relationship. The author looks at state efforts to control emigration from the Habsburg monarchy and the efforts of migration facilitators to satisfy demand for passage to South America.

Mar 8, 2021
Ulf Brunnbauer
Annette Lützel explains the FRG's very different responses to the large numbers of refugees who came in the early 1990s and in 2015. Citing recent employment and job-training numbers, she sees an ongoing positive trend.

From Hoyerswerda to Welcome Culture: Asylum and Integration Policy in the Federal Republic of Germany