2022 Lecture Series for the Project ‘In Global Transit’

Media coverage about refugee boats on the Mediterranean, transit camps on Aegean islands, migrant children in US border custody, or so-called refugees in orbit remind us on a daily basis of the experiences, precariousness, and politics of being in transit. History has seen innumerable stories of refugees and other migrants with long and twisted itineraries; traveling could take weeks, months, or, when longer stopovers occurred, sometimes years, with the final destination often unknown. Only recently have historians started to follow colleagues from other disciplines in developing analytical tools for exploring “migration along the way.” What can be learned from a focus on transit? Which stories do we find at concrete spaces such as camps, visa offices, ships, airports, and along the routes that connect them? Starting from these questions, the lecture series explores the relevance of transit as an innovative research agenda and the different methods available for grasping the spatial, temporal, sociopolitical, material, and cultural dimensions of in-betweenness. It provides a space for reflecting on the methodological problems and blind spots that necessarily arise when investigating a phenomenon as fluid as transit.

Simone Lässig, Carolin Liebisch-Gümüş, and Swen Steinberg, participate in the GHI’s research focus “In Global Transit.” Bringing together experts on migration and refugee studies from different disciplines and thematic areas in the Summer and Fall of 2022, it opens an interdisciplinary conversation across contexts about the methods, potentials, and challenges of studying transit. Building on past conferences and workshops at the GHI since 2018, which have focused on the global trajectories of Jewish refugees fleeing from Nazi persecution, it also encourages dialogue between the rich research on Jewish refugees in transit and general research on flight and (forced) migration in the 20th and 21st centuries.

More on the lecture series

“The sea lays like an insulating layer between the home world and the course of these days”: Times and Places of Liminality in the Emigration Process

Much of Joachim Schlör’s recent work has been based on German-Jewish family letters. Written between 1933 and 1941, during the process of emigration from Germany to a wide range of places “irgendwo auf der Welt”, the letters themselves – as well as, of course, their content – form part of a situation of in-betweenness. With his own background in ethnography, Joachim Schlör adds a cultural-historical perspective to the fields of Jewish Studies and Migration Studies and reads the sources as elements of a cultural practice: The ‘home world’ has become unbearable, and people prepare for their emigration. The ‘course of these days’ is insecure and, for good or for bad, open. After leaving a certain ‘here’, and before arriving in a different ‘there’, emigrants found themselves in waiting rooms and at border control stations, in trains and aboard ships. In many sources, this liminal status produced different modes of reflection about the past, the future, and the state they found themselves in – in the words of Robert Weltsch: “Where are we standing? Where are we headed? What eternal values do we recognize?” (“Zwischen Alter und Neuer Welt.” Jüdische Rundschau, 26.3.1934). Joachim Schlör asks whether this transitory experience has also created a transitory state of mind. Event is now in the past. 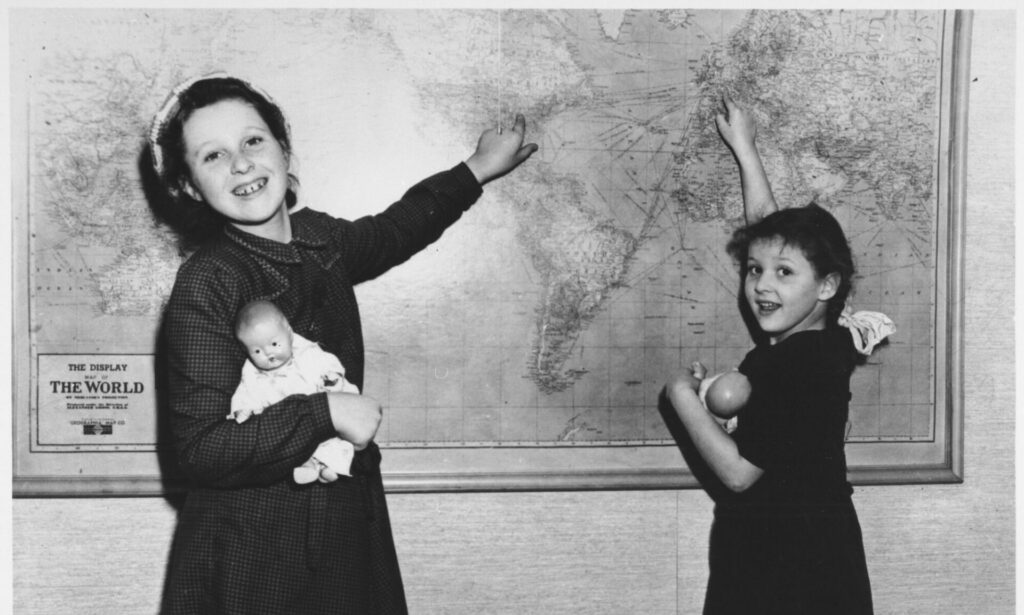 News about various contributions and awards from the Migrant Knowledge Network. Members are invited to share theirs as well.

News from the Network

Aug 12, 2022
The "Qur'an school problem" in West Germany in the 1970s and early 1980s was in many ways a product of the migrant experts who bemoaned it, the teachers on loan from Turkey.

Aug 14, 2020
Brian Van Wyck
The latest issue of the Bulletin of the German Historical Institute includes an interview with Director Simone Lässig on the research focus "In Global Transit"

Jul 1, 2022
The author interrogates a mid-nineteenth-century map for German emigrants, using it as a way to talk about the central concept behind this blog, "migrant knowledge".

An 1853 Map for German-Speaking Emigrants